The demand for methods of teaching and training people in such a way as to eliminate risks and dangers in real-life situations is growing all the time.

Before talking about the state of AR (augmented reality), I would like, in principle, to give a definition of augmented reality, since AR is often confused with virtual reality (VR) and even mixed reality.

Augmented reality (AR) is an environment that in real time supplements the physical world we are used to with digital data using any devices: smartphones, tablets or other devices. Today, there are already such devices on the market, for example, augmented reality glasses from Google Glass, a children’s Iron Man helmet from Hasbro, guidance systems in modern combat fighters or an application for mass use using smartphones – all this is already actively used in Russia.

In augmented reality, virtual objects are projected onto the real environment.

Virtual reality is a virtual world created by technical means, transmitted to a person through (for now) the senses.

Mixed or hybrid reality combines both AR and VR approaches.

That is, virtual reality creates its own world, where a person can immerse himself, and augmented reality adds virtual elements to the real world. It turns out that ViAr interacts only with users (put on a helmet and immediately jumped into a fight with zombies), and EyAr – with the whole outside world (pointed a device: a smartphone or a device, and in front of you is the Dragonite Pokemon). And AR definitely stands for the future: children’s education, adult education, medicine, advertising, and even manufacturing.

However, adding a new reality to the space around you is not as easy as downloading an application. Or is it not so?

The 3 brightest myths about augmented reality that we encountered

There is no full-fledged AR is been used around the world .

Long and expensive. The process of creating augmented reality requires an enormous amount of time and money.

It’s pointless. AR is only entertainment, it is difficult for it to find a real application in “our” field of activity.

Today, there is a growing demand for new methods of teaching and training personnel, which in fact minimize risks or reduce them to zero, and AR is an ideal tool.

The human factor in 80% of cases becomes the cause of the accident, only in one industry it cost the country an amount almost equal to educational expenditures. To solve these problems, large companies, including transnational structures, began to introduce augmented reality into their work processes.

Augmented reality does a great job with this: simple, fast, and efficient.

The Energy Saving Technologies of Siberia company uses the technology to train new personnel. Previously, the company faced a staff turnover, which resulted in a lot of money and effort spent on training newcomers.

An AR project was created for the Norilsk Nickel showroom with detailed animation of the sulfuric acid treatment and purification processes. When you hover the tablet over the panel with the image of processing technologies, the diagram literally comes to life on the screen, making it possible to trace a complex technological process from start to finish. Also for the installation were developed interactive information plates with accompanying information and media files.

The leap in the development of mobile gadgets has served as a good help for the spread of augmented reality in production.

The Internet of Things and AR are an important part of the new organization of business models.

Previous Article What, Why & How VDI Works 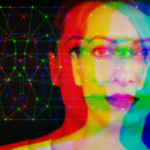 Next Article Deep Fakes: How Someone Can Ruin Your Life With Your Stolen Personal Information?

AI could be best tool to explore the Universe

How AI Can Help In Building SEO-Friendly eCommerce Website?