What Are The Differences Between Network Security And Ethical Hacking?

Because of misusing data and the rise in cyberattacks, ethical hackers and cyber security specialists are in high demand. There is a scarcity of qualified people that can assist businesses in protecting their systems, networks, and data from malicious attacks. If you have the necessary skills, there are a lot of opportunities in this profession.  Becoming an ethical hacker necessitates the adoption of specific skills that comprises knowledge of the security measures, networks, and systems; programming knowledge; comprehension of databases; networking skills; operating systems’ working knowledge like Linux and Windows; and knowledge of hacking techniques and tools. Enroll today in an online Cyberark Training course to keep up to date on critical cybersecurity issues and industry trends.

Before we get into the differences between ethical hacking and cybersecurity it’s important to first define the words.

The activity of defending internet-connected systems, such as hardware, software, programs, and data, from harm, malicious attacks, or illegal access is known as cyber security. It works to keep cybercriminals out of data, networks, and systems. Digital forensics, Ethical hacking, and Data security are only a few of the security methods covered by cyber security.

Cyber security can be divided into the following categories:

With cyber threats evolving on a worldwide scale, every firm, particularly those involved in the protection of sensitive data, must take adequate precautions to protect its sensitive data.

Role of a Cybersecurity Professional

To create a secure environment for users against any attacks on their data, devices, or applications, cyber security experts must have a combination of distinct cyber security tools and skills. To be able to deal with threats like malware, ransomware, and zero-day exploits, they must have a thorough awareness of numerous cybersecurity ideas, tools, and procedures.

A cyber security specialist is in charge of a wide range of tasks. Some of the most typical duties and responsibilities of a cyber security professional are as follows:

What is Ethical Hacking?

The term “ethical hacking” refers to a subset of cybersecurity. It is the process of evaluating a system for potential security breaches or data threats and also fixing any vulnerabilities before a cyberattack occurs. Finding vulnerabilities and weak points for cybercriminals to exploit is the objective of ethical hacking.

White-hat hackers are ethical hackers. White hat hackers operate in the same way as black hat hackers, but with a different objective in mind. With approval from the server/system admin, white hat hackers use their talents to uncover the system’s loopholes. They don’t aim to harm anybody with their actions; instead, they want to protect the systems.

Ethical hackers gain access to the system with the authorization of the owner. They deliver a report on how they hacked the system after detecting flaws and breaching system security. The following are some of the most typical jobs and tasks of ethical hackers: 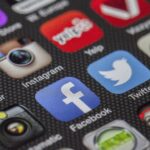 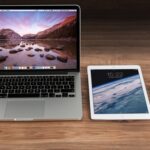 Next Article Which Apple Product Do You Really Need?

Although making predictions about the state of cyber security is fun, it may not be much fun for security experts to decide which threats to prepare for most. So much […]

Security firm Avast provides tips on how people can work safely from their homes during an epidemic. Technological support and security measures are one of the ways organizations and […]

Cyber Security Basics You Need To Be Aware of

Contents1 1.Avoid Sharing & clicking on anonymous hyperlinks2 2.Avoid placing a Simple to locate the password3 3.Be Conscious of fraudulent social technology Methods4 4.Consistently install your applications out of a […]

What is Phishing & How to avoid it

Phishing is a system of internet fraud. With its aid, attackers decides to try to tempt confidential data from the individual or induce him to shoot any unwelcome activities. Gullible […]