A group of researchers at SFU is developing sensing robots. With the help of their 3D printed origami sensors, these humanoid robots can measure your blood pressure. These robots reduce the burden placed on health care workers.

Researchers at Simon Fraser University have developed a robotic arm that can take a patient’s blood pressure with only a touch — the latest advancement in health care technology developed by researcher Woo Soo Kim. He is developing robots that can carry out basic health care tasks in certain conditions, such as remote areas or where little human contact is needed, through his origami research, which is inspired by the movements of nature’s leeches.

As part of SFU’s Additive Manufacturing Lab, PhD student Tae-Ho Kim and other researchers have developed 3-D printable origami sensors that replace traditional blood pressure measurements by replicating the fold mechanisms of the leech. Sensors derived from leech-inspired origami (LIO) can be mounted on the fingers of a robotic humanoid.

The robot’s fingertips can be equipped with LIO sensors that can be mounted on the chest of the patient. Monitoring and estimating blood pressure is done using electrocardiogram (ECG) and photoplethysmogram (PPG) data, which are captured by sensors in both hands.

A patient’s systolic and diastolic blood pressure can be determined by using predetermined algorithms from signals received from the paired sensors instead of a traditional digital sphygmomanometer.

A previous project of Kim’s included programming sensing robots to measure other body functions, such as electrocardiograms, temperature and respiration rate. 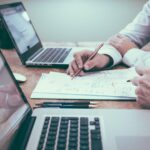 Previous Article How to Determine SEO Key Phrases For Your Website? 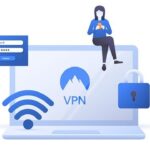 How is RPA technology taking the burden off the business world?

Businesses are turning towards more advanced approaches that help them stand in the competitive world. Automation of the repetitive task has always been the talk of the town as businesses […]

Penaut robot assists a group of people in quarantine at a Hangzhou hotel The Penaut robot , from the Keenon company , is responsible for bringing food to isolated patients […]