MediaTek has unveiled its flagship smartphone CPU for 2022, ahead of the Snapdragon Tech Summit on November 30, 2021. MediaTek Dimensity 9000 5G is the processor’s name. It’s the first chip made on TSMC’s 4nm technology, and it’s based on Arm’s v9 architecture. The chipset will face off against Qualcomm’s top-of-the-line Snapdragon CPU, which is expected to debut during the event.

It’s worth noting that MediaTek’s previous flagship processors have lagged behind rivals such as Samsung’s Exynos 2100 and Qualcomm’s Snapdragon 888. On paper, the CPU appears to be fairly powerful.

While the CPU appears to be pretty capable on paper, it will be exciting to see how it compares to other manufacturers’ upcoming chips. Mediatek processors are used by a number of smartphone manufacturers, including Realme, OnePlus, and even Samsung.

While it may appear to be a huge promise, MediaTek claims that its next CPU will be comparable to Apple’s A15 Bionic in terms of performance. In compared to previous MediaTek flagship processors, the firm claims that the new chip delivers up to four times more power economy and performance. If that’s the case, the MediaTek Dimensity 9000 5G series might outperform Qualcomm’s next flagship CPU, since the firm claims the processor has already outperformed Snapdragon 888 in Geekbench benchmarking tests. 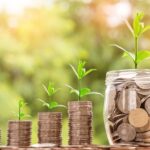 Keanu Reeves Is Into NFTs

The action film actor and his partner Alexandra Grant are trying to make the metaverse and NFTs more inclusive .Keanu Reeves and Alexandra Grant have joined in the work of […]

24-gigabit Graphics Double Data Rate 6 (GDDR6) is based on third-generation 10-nanometer technology and boasts a processing speed that is 30 percent more efficient than other products, according to the […]

What is Twitter’s Tipping Feature

Following the iOS release, Twitter’s in-app tipping option is now available to all Android users over the age of 18. With Tips, we’re making it easier to point people to […]