Cyber ​​espionage has become the favorite technique of governments to obtain secrets from their adversaries. The US National Counterintelligence Office (NCIX) believes that China and Russia are currently the most active and aggressive cyber-spies. Two of the biggest hacks of recent years, Operation Cloud Hopper and the theft via malware to the NSA were attributed to elite hacker groups based in these countries, sponsored by their own governments.

Cyber ​​espionage is very attractive because of its scope, much greater than that of traditional espionage, since everything that exists in cyberspace can be a target; In addition, there are no physical barriers in this environment. The main weapon of cyber spying is malware or malicious software, such as Trojans, computer worms or rootkits . Using malware, cyber spying can remotely access other systems to steal confidential information or take control of them.

As malware may already come pre-installed in products, countries like the US are taking drastic measures against products of foreign origin. Lately, the US House of Representatives passed a bill to ban its government from buying Huawei telecommunications equipment , two US senators proposed a law to restrict the government from buying Chinese drones and the army banned its soldiers from using the Chinese app Tik Tok .

The cloud gaming will begin to be adopted among gamers

The digital revolution has profoundly transformed the video game industry, since gaming went from being a “niche” market to a mainstream one , to the degree that today is more lucrative than cinema, music or TV, or that in Mexico it is already considered a sport. His experience continues to be reinvented with new technologies, such as virtual reality, augmented reality, and cloud gaming .

The gaming cloud or cloud gaming is an innovative way to use video games, mainly high-end , distributed via streaming and typically processed on remote servers, endowed with high processability. It can revolutionize gaming as Netflix revolutionized television. The gamers can play from any computer with good internet access and save the need to buy expensive consoles to run their games, since all processing is done in the cloud.

Technology giants such as Google and Microsoft took the lead in this new market by releasing their own platforms, Google Stadia and Project xCloud (still in beta), respectively, last year. Facebook decided not to be left behind and recently bought the Spanish startup PlayGiga. Finally, there are rumors that Amazon, which already has a presence in the gaming industry with Twitch, is developing its own platform. Could it be that in a few years the cloud gaming moves from the “niche” market to the mainstream?

The satellite race warms up

In 2020 there would be a great expansion with the launch of up to 2,500 satellites, an explosion compared to the 452 functional objects taken into orbit in 2018. The role of SpaceX stands out, which will accelerate the passage of Starlink, a constellation of up to 30 thousand satellites that would seek to give the entire planet low latency internet SpaceX is already an important player, because after the launch of its satellite 180, it surpassed Planet Labs as the most active private company.

Every day we will see more satlets —let is used to refer to a much smaller size — that have the ability to assemble — plug-and-play philosophy — and that involve less risk, cost and construction time. The challenge for this year is to improve its energy efficiency, processing capacity and radiation tolerance.

The geopolitical situation influences the trend: NASA has had to change its way of working to be more agile and entrepreneurial, while China is finishing implementing the third phase of Beidou, a navigation system that will surpass the functions of GPSs.

The ‘global’ nature of the Internet is being attacked by different states, who sometimes make arguments of national competitiveness or security, but who ultimately seek to mark their territory within the network, giving it a nationalist character.

Digital nationalism will grow in plans such as legislation for data localization, censorship of business activity, taxation of technology companies, digital sovereignty laws and both national firewalls and blackouts.

Although these measures have mixed meanings, the result of these measures is making the Internet a more closed and fragmented place. The next degree of nationalism will soon be undertaken by China and Russia, who in 2020 will take important steps for what in the future could be the existence of at least two Internets. Among these actions will be the direction of the development of new Internet protocols and DNS systems, as well as connectivity infrastructure decisions within their countries.

The deepfakes will become a viral problem

Artificial Intelligence (AI) technologies are developing at a dangerously accelerated pace. In 2014, Facebook developed the DeepFace algorithm to recognize human faces in photographs with an accuracy almost equal to that of the human eye. In 2016, Google created AlphaGo , an AI system capable of playing the complex game of Go and beating its world champion. A year later, the same AI technique behind DeepFace and AlphaGo was used to manipulate pornographic videos and replace the faces of their actors with those of celebrities .

These video montages – highly realistic – that use AI to distort reality, are known as deepfakes . The deepfakes are created by a class of algorithms for machine learning (machine learning) called deep learning , which emulates the operation of the human brain with artificial neural networks (ANN, in English). ANNs require training with large volumes of data: thousands of images of the same face are needed to generate deepfakes , so celebrities are easy targets.

One of the most popular deepfakes is that of the Saturday Night Live episode in which the face of actor Alec Baldwin is replaced with that of President Donald Trump. In another deepfake that went viral, the face of actor Jack Nicholson is replaced with that of Jim Carrey in a famous scene from the movie “The Shining.” This year will continue to viralize more deepfakes ; many in order to deceive the audiencas; For now, Facebook is taking action on the matter and recently announced that it will censor all deepfakes on its platform .

Data will transform the health industry

Digital Health has been long awaited and in 2020 we will see the maturation of innovative proposals towards a digital transformation of the industry. This will come due to the momentum around the data: there are key decisions about its standardization, interoperability, use, privacy and security, because here is the key to more personalized diagnostic services, virtual assistants and data-based decision making.

Regulators and international organizations noted that digital health requires consuming brutal amounts of data, which is why they promote regulations to improve collaboration between companies and protect users. The EU takes the lead with up to six types of regulations, among which one stands out to prevent the model based on the sharing-exploitation of user data.

Amazon, Google and Microsoft have a key role in voice recognition , thanks to Alexa, Assistant and Cortana, as companies will accelerate the placement of their voice assistants on thousands of devices; Their experience in software and hardware helps to massify the use of wearables and they will soon do so with technologies such as virtual reality for pain control.

Apple and Google will be essential to break data interoperability silos, also to expand the use of wellness apps and health coach . Likewise, the advances that Mayo Clinic will have for the creation of a scalable digital health center and the development with Google of standards for integration and advanced data analysis will be highlighted .

Finally, this year we will see more advances in the use of AI for diagnosis of diseases, in automation of administrative processes, in the use of telehealth for disease prevention and control, in the use of facial recognition to interpret human emotions and in the creation of digital twins for a doctor to model and determine the way in which a medical procedure or treatment can be more successful.

It will take off interest in DataOps in the business world

The world of IT has been transformed in recent years with the arrival of DevOps (development & operations) . This methodology promotes constant collaboration between software engineers and IT operations staff to expedite software delivery, improve its quality and accelerate bug fixes . Today, data analytics projects are becoming more relevant than those of traditional software and many of the DevOps practices also apply to analytics.

The DataOps is a novel methodology born from DevOps and establishes data management practices to expedite the delivery of analytical solutions and improve their quality. The practices proposed by the DataOps are related to data quality access and control, continuous integration (CI) and continuous delivery (CD) of models and analysis, and collaboration between data scientists and IT operations engineers. The official DataOps manifesto details all its principles.

In a report of 451 Research , 86% of organizations surveyed said they planned to increase their investment in DataOps during 2019, a trend that will increase by 2020 , as organizations need to make decisions based on data to stay competitive and clearly the DataOps is It is becoming the cornerstone of data management in organizations. 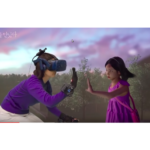 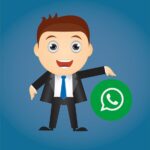 How Will Web to Print Benefit Your End Customers

Around the 1900s was ‘The Age of Manufacturing.’ Then came the ‘Information Age.’ Today, we live in what is called the ‘Age of the Customer.’ This concept basically implies […]

Tips And Tricks For Making WordPress Work For You

Do you have something to share with the world? Have you thought about blogging? Might I have thought about doing it? WordPress is the most well-known blogging platform on the […]

Li-Fi Technology: What it is, How it Works and its importance

What is LiFi? LiFi is a Visible Light Communication (VLC) technology that offers wireless data transmission over LED light bulbs. It was developed in 2011 by Harald Haas, a Professor […]