An incurable disease claimed the life of seven-year-old Nyon girl in 2016. Three years later, Munhwa Broadcasting Corporation began creating a special documentary called “I Met You,” in which engineers and developers decided to “revive” the girl so that her mother, Chan-ji-sen, could meet with her daughter, but in VR.

Korean experts recreated in virtual reality the girl Nyon, who died in 2016 at the age of seven from an incurable disease. The girl’s mother, Chang Ji Song, met her three-dimensional model, they walked around her favorite Nyon park, held hands and even celebrated the girl’s birthday.

For eight months, the filming team of the Korean MBC television channel was creating the virtual model. On February 6, the documentary “I Met You” was released on the reunion of Chan Ji Song with her deceased daughter

Nyon’s movements were modeled using motion capture technology — they were recorded using a child actor who became the prototype of a digital double. The resulting three-dimensional model Nyon is able to speak in the voice of a deceased girl, smile and hold hands.

Chan Ji Song and his daughter met in a studio lined with chromakey. The woman put on a virtual reality headset and tactile gloves, and specialists recreated the park through which Chang Ji Song used to walk with her daughter.

Upon meeting, Jang Song burst into tears, and Nyon said she really missed her mother and asked her to take her hand. The rest of the family – father, brother and sister – watched the reunion on the screen and also did not hide tears. After that there was a party on the occasion of the girl’s birthday with blowing out candles on the cake and desire made by Nyon.

“Maybe it’s a real paradise. I met Nyon, who answered me with a smile, even if not for long, but this is a really happy time. I think it was a dream that I always wanted to fulfill, ”Jang Song said. 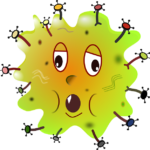 Previous Article Artificial intelligence helps to fight against the epidemic

what is virtual reality

Entering Virtual Reality, which is one of the concepts that entered our lives. It is possible to experience an existing or fictional atmosphere by using mostly visual and audio tools. […]

Everything You Need to Know About Escape Room VR Games

Escape room games are unquestionably one of the most popular forms of group entertainment available today. Escape rooms are not less than a journey full of fun and adventures that […]

The accelerated evolution of technology could not but affect the educational procedure. And even though VR (virtual reality) technologies are no more something new, they begun to be utilized in […]