How Each Android Update Enhances Your Device Security?

If you own an Android smartphone, you may have noticed that regularly you are prompted to update the device’s firmware. It is possible you were receiving an update to Android or that some new feature was added the first time it happened. Unfortunately, a random Android security update ended up being “boring”! Android security updates can indeed be boring, but they are important nonetheless.

Let’s see what all the fuss is about when it comes to these security patches and Android security in general.

Android Security Updates: What Are They?

The adage “to err is human” has been used often, but when it comes to computers and hackers, you will find that they are not very forgiving. Errors/bugs are inherent in software written by developers. It is one of the key goals of software engineers to reduce the number of bugs. In the first place, by attempting to identify bugs as early as possible in the development process. After that, by fixing them.

Bugs come in two varieties. One is bugs that lead to incorrect behavior in the software. Suppose, the calculator app gives you a result of 2.51 if you enter 001.300 * 02.7000 into it. Perhaps there was an error, or the software was acting strangely due to the extra zeros? A software update will be sent to users once the problem is identified and rectified. Generally, these bugs are an inconvenience and affect sales/brand reputation if severe enough, but they aren’t dangerous by themselves (more on that shortly).

Secondly, a bug affects the security of the device on which the software is installed, as well as the software itself. A user name and password are requested by an app. There might be a bug in which a user is granted access if they use the correct name but leave the password blank. Sounds absurd, but it does happen. It is now possible to access private information because of a bug. The majority of security flaws are significant and complex. A flaw in the program can, in essence, give access to a third party. These bugs must be fixed and deployed as soon as possible to protect users.

The unexpected behavior bugs of the first category can sometimes be manipulated in such a way that they become the second category bugs.

The Android security update is so-called because it contains a collection of security-related bugs that can be patched over the air to Android devices.

Security Patches Are Important Because…

You will not notice any difference in the operation of your device after a new security patch is installed! The update seems to have done nothing for you. Security patches are like that by their very nature. Since they patch up tiny gaps in the device’s security, you don’t notice them.

An SMS message that contains a string of Korean and Chinese characters and is exactly 160 characters long, for example, may trigger a bug that can then be exploited to expose a hole in your device’s security. If the bug were found and fixed, you wouldn’t have known anything about it. You don’t receive many messages like that.

Here’s the issue: once hackers learn about these obscure issues, they compose unique messages and transmit them to specific individuals in gaining access to their devices. According to cyber security experts, Targeted individuals are subject to the machinations of cybercriminals. You receive an unusual SMS message on your end. Make a small frown and erase it. However, you are unaware that your phone has been hacked.

As a result, security patches are critical because they protect your phone from would-be hackers who wish to gain access to it. Consider how much information is stored on your phone. Forget about photos and text messages on WhatsApp and Facebook. Or how about the banking credentials? Shopping on Amazon? eBay? Payment Gateway? There is a ton of stuff that a hacker might be interested in.

Which Phones Are Updated With Security Patches?

In theory, all Android cellphones should receive security upgrades for two years. The truth, on the other hand, is frequently quite different. The way it should work is as follows: Google resolves an Android security flaw. Google notifies its partners and/or posts the modifications on AOSP. This is something Google performs regularly. These updates are subsequently incorporated into the firmware of the smartphones, and if necessary, a copy is given to the carriers. The networks then authorize the improvements, and the update is subsequently sent out across the air to devices.

This is particularly effective on Google’s Pixel phones. It also works well on Google’s Android One devices, which are essentially maintenance-free. It’s also effective for major brands.

However, upgrades for some medium‐sized firms can be irregular, while updates for small players are often quasi! The absence of security upgrades might be a serious issue. Some smartphone companies appear to have a “sell it and forget it” mindset.

Which implies that thousands of existing (less than two-year-old) Android phones in users’ hands aren’t undergoing security upgrades, making them vulnerable to a variety of threats? On the good side, Google is aware of the issue and is working to resolve it!

Regardless of how frequently your smartphone receives security upgrades, the following Android security best practices are worth noting:

Backups, like security, may be tedious. The issue with backups is that most individuals don’t consider them until they’ve lost all of their data. Similarly, most people don’t care about security until their email has been stolen or their online payment account was being used fraudulently.

There’s always some danger, but Android security improvements can help to mitigate it while also enhancing the reliability of the system of your device. In the end, if your phone indicates that an upgrade is available, update it.

Neha Singh is the Founder & CEO of Securium Solutions with a demonstrated history of working in the information technology and services industry. She is skilled in ECSA, Vulnerability Management, Security Information and Event Management (SIEM), Management, and Business Development. She loves traveling and trekking. 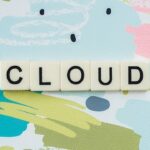 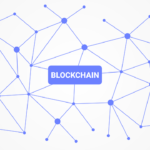 How to spot tricking android malware

Android malware is quite often treacherous. Malicious applications are very common, and they indulge users with huge number of advertisements or loot your personal information while using a mobile applications. […]

How to Protect your Android Devices

Online protection and privacy are fundamental digital rights. No matter how dependent we become on our smartphones and computing devices, we need to set boundaries, control access to our digital […]

Do Dedicated Mobile Apps Have An Impact on Business Growth?

Until a few years ago, it was unbelievable to order doorstep delivery of restaurant food or book a doctor appointment using mobile apps. Many businesses simply because of the mobile […]