What is Casper? Everything You Need to Know About

Casper is a software platform that aims to surpass previous technologies in the cryptocurrency space by allowing for apps and transactions at scale with little performance, security, or decentralization loss.

Casper points out that one of the early challenges of blockchain was scalability, and attempts to achieve scalability necessitated a trade-off between security and decentralization.

Casper removes the barriers to widespread blockchain adoption by making blockchains simple to use, available to the public, and future-proof, allowing today’s and tomorrow’s ideas to flourish.

Casper’s goal was to reduce such entry hurdles. The highway is a Proof-of-Stake (PoS) consensus mechanism built on top of CBC Casper and a parallel execution engine. According to the team, these two components allow the network to scale with apps and secure transactions.

What is Casper Labs?

Casper Labs is the organization that created the Casper Network. CasperLabs includes both builders and developers, as well as entrepreneurs and executives.

The goal of CasperLabs is to create a blockchain protocol and enable the network to be widely adopted. To achieve this objective, CasperLabs set out to develop a platform that is secure, efficient, and adaptable while also being user-friendly.

The goal of their plan is to decentralize the system. The concept of decentralization runs through the company, and all its employees strive for it.

They believe that the current system has worked well in terms of innovation and economic development. However, they may also point out problems with this system, such as the fact that a significant amount of power and money is concentrated in a few hands.

CasperLabs claims that decentralization is “the most effective approach to establish a transparent, open, and permissionless system that the people control.”

CasperLabs has decided to construct the Casper Network in order to realize the vision of a decentralized and blockchain-enabled world. The Casper network is the first live blockchain to be created according to Correct-by-Construction (CBC) standards. The Casper Protocol allows any asset to be tokenized and traded without sacrificing security or performance, making it possible for the network to establish new and long-term markets while also leveraging value by tokenizing any asset.

Casper’s smart contracts allow the network to establish new and long-lasting markets while also making use of value by tokenizing any asset without sacrificing security or performance.

The Casper Network’s major goal is to provide a developer-friendly platform. One method they use to do so is to avoid using certain programming languages, such as smart contract development with Ethereum, in order to avoid having customers locked into specific platforms.

Casper is a Turing-complete smart contracts network that supports both Proof-of-Stake and WebAssembly. This is aided by a Proof-of-Stake (PoS) consensus algorithm, as well as WASM, which means it may be used on any computer capable of running the Ethereum Virtual Machine.

The Casper protocol is a blockchain network that is open to the public and relies on a permissionless mechanism.

The Casper blockchain, like other similar blockchains, is powered by its own currency, CSPR. Validators who execute on-chain transactions are compensated in Casper crypto. When it was initially launched on CoinList, 800 million tokens were released. Since then, the overall quantity has increased to around 2.5 billion coins.

The EOS token, just like the Bitcoin cryptocurrency, serves two purposes: to reward validators that maintain the network safe and to pay for transaction processing using stable gas costs. Finally, the CSPR token is also used as a means of exchange among all system users, such as for on-chain activities.

CSPR, on the other hand, has made significant improvements since its initial coin offering held on April 7, when investors were able to buy altcoin for just 0.03 dollars. Casper is a relatively new procedure that has benefited from the IOU process, while CSPR made substantial gains since its inception in March 2018.

In the end, CSPR is accessible on a number of crypto exchanges and platforms, including Huobi Global, ZBG, BiONE to mention a few. It’s crucial to note that investing in any virtual currency comes with significant risks and uncertainty. It is recommended that you invest only if you are willing to take certain risks and suffer losses if necessary. Also, keep in mind that you should not put more money into a venture than you can afford to lose.

To know more about the latest on the other crypto and blockchain follow https://blog.quillhash.com/ by quillaudits. Quillaudit is a smart contract auditing platform that secures your smart contract.

Tags :
What is Casper 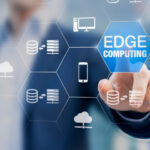 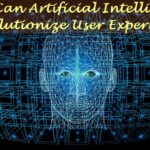 Next Article How Can Artificial Intelligence Revolutionize User Experience?

Why is Solana the most successful cryptocurrency in 2021?

If you’re new to crypto, Solana may have slipped your mind, but don’t worry; we’re here to fill you in on this fast-growing project that’s taking on the industry’s biggest […]