You can find numerous JavaScript frameworks available for server-side and client-side rendering, but choosing a reliable framework that well suits your project requirements is a challenging task be it a website, JavaScript system, or single-page application. Selecting the platform that doesn’t suit your requirements might negatively affect your project’s resilience and ability to meet deadlines. JavaScript developers are always confused while choosing a framework between React and Angular. So if you’re also one of those developers then you’re not alone.

Enterprises have already realized that expanding business and developing mobile and web applications using the capabilities of the Angular framework will help them to deliver an amazing user experience, enhance productivity, and ease of access. So, currently, the Angular framework is one of the best front-end platforms with MVVM architecture to develop interactive apps that possess modular structure, fast responsiveness, declarative UI, code maintainability, and much more.

Angular was created in 2009 by the Google community to assist web development and its main aim was to make the process of front-end development simple, easy, and more accessible. Without any doubt, you can go with Angular as it provides high-end security and simplification to the entire development lifecycle. Over the past few years, it is gaining immense popularity and becoming one of the best front-end frameworks that developers prefer to create web and mobile apps that are modular and responsive.

You’ll get a lot more than predicted if you choose the Angular framework for front-end development. It provides you with a comprehensive set of compelling features including RESTful API handling, two-way data binding, AJAX handling, modularization, and much more.

Now that you’re aware of the Angular framework, let’s have a look at the main reasons behind the popularity of Angular.

Why is Angular so popular?

According to the Stack Overflow Survey conducted in 2021, Angular is the fourth most used platform for front-end web development because it offers a wide range of excellent features and benefits when implemented correctly. (Source: Stack Overflow)But why is angular so popular? Let’s have a look!

We all know that Google is one of the greatest firms in the digital era with a large talent pool of developers who offer long-term support for the Angular framework to scale up to enterprise application development. You’ll be surprised to know that many giant and popular brands use the capabilities of the Angular framework such as YouTube TV, Netflix, Upwork, Gmail, and many more.

Angular is gaining popularity because it is supported by Google and offers excellent features. Google applications also use Angular and they’re quite impressed with its stability.

Angular is a two-way data binding process that helps in replicating all changes that are made in the template, that too safely and intuitively. Developers using the Angular framework for front-end development can build eye-catching and dynamic applications quickly with high-end performance when used beyond limits. They no longer have to be worried about the pulling and pushing of data which saves a lot of time.

The Angular front-end development framework uses HTML to define the user interface of the application when compared to JavaScript, which is a less complex language. We all are aware of HTML, it is a popular declarative markup language that eradicated the requirement to invest hours in program flows and planning what loads first. While working with Angular, developers only need to map out what is needed and the rest is taken care of by the framework itself.

With Angular development, your code will be managed into buckets, whether it is service, components, or directives. Who’s already aware of Angular refers to these buckets as modules that make the application functionality easy and simple. Angular makes it easy for businesses to achieve their goal and split the labor across various team members to make sure that the code is organized. Apart from this, you can make use of modules to enhance productivity if you’re familiar with modules.

Now that we know the reasons behind the popularity of Angular development, let’s have a look at who uses Angular:

You’ll be surprised to know that many giant and big brands use Angular front-end development framework for their websites including:

This shows that Angular is already a leading platform and a great choice for leading businesses when it comes to front-end development. Combined with amazing technology and practical features, it is a great pick for those who are planning to develop a next-gen application with high-end features. So if you’re one of them, then undoubtedly, you must go with Angular!

These are just a few reasons that show the overall popularity of Angular for application development. You can find more such advantages and great reasons to pick Angular and develop a top-notch software application. As an open-source framework, it is also a user-friendly platform that allows your product to stand out from the crowd and help customers to start monetizing.

Here we have seen that Angular is way more popular and adaptable by giant brands as well. I still can’t stop myself from discussing the best of Angular development as it also helps you to save a lot of time, fast- development, and adaptability to technological advancements to make sure that your application has all the desired features and functionalities.

Tags :
What is angular 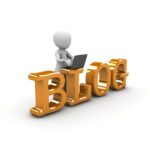 Previous Article Open Season For Tech Bloggers – Find Out Why

What is Pegasus Spyware ? Pegasus is a spyware from the Israeli company NSO Group designed for surveillance. The program breaks into a smartphone on the “zero-click” principle – when […]

It is not only criminals in the real world who employ these techniques to access sensitive information and bank accounts, but their colleagues in the virtual realm also do so […]

A metaverse can be thought of as a shared digital space or as a world to which Internet users are connected.Through the use of virtual reality (VR) or augmented reality […]