The web is unexpected by dangerous files that can do great harm to our personal computers. Computer security companies add hundreds of thousands of new virus updates daily to database. If we do not want the information we have on our computer to be lost, surfing the internet with caution is not enough, we must have at least one reliable antivirus .

Fortunately, in the market there is a great variety of alternatives to choose from.

In this note we show you seven of the best free antivirus for Windows 10 based on the latest analysis by AV-Test , an independent organisation that evaluates the performance of these software.

However, we must bear in mind that, being free, these antivirus usually have disadvantages such as including advertising or not having all their tools available . But that does not mean that they are effective in protecting our equipment.

Windows Defender comes integrated in Windows 10 itself. It has an interface perfectly integrated with the operating system – since it is part of it – and a good performance in its threat detection.

In addition, Windows Defender has real-time and cloud-based protection, automatic sample submission, protection against computer disturbances, analysis of malicious applications or access control to folders to avoid ransomware. An additional bonus is that it does not include advertising and is updated daily

Kaspersky is one of the most popular computer protection programs in the world. It has paid versions, but also a free one.

Your system is very effective in detecting malware and has no pop-ups that will bother us. It is also light and has little impact on the performance of the computer, the bad thing is that its protection is a bit limited if we compare it with its paid versions.

The free version of this antivirus is lightweight and works well with all versions of Windows. It has real-time detection, game mode that disables notifications when we are in a full screen application, or automatic monitoring against dangerous links and against malware.

It also stands out because it comes with integrated VPN to offer the user greater privacy when browsing, although in the free version it has a limit of VPN navigation of 150 MB, if we want it to be unlimited, we have to purchase the paid version.

With a market share of 21.4%, Avast is the most widely used free antivirus in the world since 2017, according to a report by the cybersecurity company OPSWAT.

Avast has a way not to disturb, in addition, performs malware and behavioral analysis in applications to detect those that may begin to perform suspicious activities suddenly. It also detects intrusions in the home Wi-Fi network or vulnerabilities in the configuration of our PC.

This antivirus, also very popular, shares the Avast malware detection engine, which is quite complete considering that it is free.

AVG performs analysis, updates, blocking links, downloads and attachments, and performance analysis. It also has several configuration options, although the most advanced are exclusive to the paid version.

The free version of Bitdefender is a basic but effective alternative, especially aimed at those who will not use more advanced configurations. Otherwise, the payment option should be accessed.

Avira stands out for sharing the same database as its paid version, Avira Pro, the problem is that it has enough ads for other products from the same company.

Some of the great qualities of this antivirus are that it has a good threat detection ratio and that it generates little impact on the performance of the computer. It also has protection against harmful links and threats that may have been inserted in legitimate applications, blocking advertising and browser monitoring, as well as an anti phishing shield 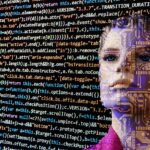 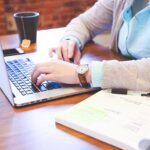 Next Article How to format a computer or laptop?

Many people would like to own to buy a laptop; however, they don’t comprehend the technology. The following article will simplify some of the latest technological advances that laptops bring. […]