A metaverse can be thought of as a shared digital space or as a world to which Internet users are connected.
Through the use of virtual reality (VR) or augmented reality (AR), metaverse space becomes more realistic.
The metaverse is interesting in that it is seen as the next step in the development of the Internet. The coronavirus pandemic has caused the transfer of work and study to the internet, which has prompted a demand for a more interactive online presence.

The metaverse extends the boundaries of user interaction and moves from viewing content to full immersion in it. As soon as it comes up, holograms from science fiction films are presented – and it’s already a reality.
From small to large companies, a variety of solutions are already available to take their place in the metaverse. Typically, augmented reality (AR) or virtual reality (VR) is accessed through glasses or a headset. Smart glasses were originally supplied by video analytics companies to law enforcement agencies for security purposes.

Metaverse can be viewed as the next generation of the Internet. The Metaverse is not simply an information highway, but an immersive adventure. Rather than typing on a keyboard and looking at a monitor, you can view the metaverse through a virtual reality helmet or smart glasses, and motion tracking devices will allow you to move freely within it. You can even interact with other people and objects.

Companies and enterprises will not be able to own or control the metaverse, but they will be able to use and interact with it just like everyone else. Furthermore, there will be no single regulatory body to oversee the metaverse.

Blockchain technology will be used to protect this platform from fraud and other security threats. The use of cryptocurrencies, such as Bitcoin (BTC) and Ether (ETH), will enable you to make money transfers and conclude transactions.

Although most of the potential of the metaverse hasn’t been realized and is only theoretical right now, the gaming community is making strides to bring ideas to life using the Internet. People can already access a variety of integrated services and products as a result of the very first elements, which already offer ample potential for growth and development. A number of corporations, including Facebook (now Meta), have an incentive to take the metaverse to the next level, but organic growth and evolution are key to its success.

There is no company, government, or organization with the same power as you. Metaverses must remain decentralized and focused on the people using, maintaining, and developing them.

Teams will offer 3D avatars and virtual workspaces to support collaboration and communication in the first phase of its development.

Using Microsoft Mesh mixed reality technology, which was introduced in 2021, the new feature will be developed. Through it, you can connect users of different devices – from smartphones to PCs to VR headsets – in one virtual environment.

Both three-dimensional spaces and conventional videoconferencing will be able to use 3D avatars. Bloomberg reports that users of the virtual world will be able to exchange files in Microsoft Office programs including PowerPoint presentations. Microsoft algorithms will analyze the user’s voice and adjust the avatar’s voice based on his tone, Mesh Kathy Kelly, general manager of Microsoft products, told The Verge.

In spite of Facebook’s recent rebranding, it is far from the only corporation interested in the vast and largely powerless metaverse. Other tech giants such as Microsoft, Unity, Amazon, Epic Games, and Amazon are also helping developers, designers, and entrepreneurs grow the sector. Nvidia, a company that makes computer chips, is developing Omniverse, a platform for augmented reality simulations that will help establish the metaverse.

There are several basic characteristics of the metaverse, including:

There is a fully functional cryptocurrency economy in today’s metaverse as well. Cryptocurrency allows any individual or enterprise to participate in a given economy. Through the metaverse, cryptocurrency can be used to buy, sell, and earn virtual real estate, which can then be exchanged in the real world for fiat currencies.

This “next generation internet” goes even further. An augmented reality created in the digital sphere, using not only the Internet but also decentralized ledgers, smart contracts, 3D technologies and more.

How or who to populate the metaverse?

Generally, you can populate it with anything and anyone, even with characters from Dota2 (an e-sports game in which the characters are monsters) or Pushkin’s fairy tales. Everything is possible in the digital world, but are people going to use it, and what is the practical value of it? Nothing else. However, if it contains our digital counterparts, it can offer a practical benefit.

Digital twins are mathematical counterparts that share all or nearly all of our characteristics such as character, health, skills, and preferences, as well as appearance. The digital twin can act independently when we are not in the metaverse: make friends, do routine economic transactions for us (pay for utilities, choose the best product), read and make notes from various books, or do anything else we are too lazy to do because of routine or knowledge overload. One of the most promising areas of development in digitalization is the creation of digital twins.

As a result, we’ll keep in touch with our digital twin, either constantly or periodically, so we can remove information, assign tasks, or correct the image of our digital twin, so that it doesn’t disappear without us. It’s similar to what we do today. Nevertheless, the digital copy will be the same, but with some assumptions.

Tags :
metaverseWhat is the metaverse 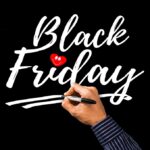 Next Article Do Dedicated Mobile Apps Have An Impact on Business Growth?

What is Pegasus Spyware ? Pegasus is a spyware from the Israeli company NSO Group designed for surveillance. The program breaks into a smartphone on the “zero-click” principle – when […]

What is VPN, why we need it?

A Virtual Private Network (VPN) is a protected encrypted connection that enables the user to connect to the network. This allows internet users to bypass local restrictions and preserve confidentiality. […]