In the International Exhibition in Tokyo, Japanese engineers introduced a brand-new four-legged robot to the public. The robotic engineers at Kawasaki sought an equilibrium between the speed of a bipedal machine that can navigate terrains with uneven surfaces and the strength of a wheeled machine that can avoid balance issues by ensuring that all wheels are in continuous connection with the ground. Kawasaki further confirmed that the goat robot could be used to remotely inspect hazardous terrain and objects.

Why is this robotic goat required?

In normal operation, the robot is awkward and slow; however, in cases where speed is more crucial and the path comprises smooth surfaces, the Bex robot can lower its body and then kneel on the four wheels on each. This means that the “robocose” is transformed into an electric scooter.

When the terrain starts getting difficult, Bex can stand and move on four legs, with an approach that guarantees that at least half are in contact with the ground, which greatly improves stability. The Bex can carry a payload of about 100 kg, and it is not just able to carry massive materials; it can carry humans who control the quadruped using a conventional two-rudder system.

Recognizing the limitations and practicality of this goat-inspired wild robotic style, Kawasaki also designed the Bex top to be completely customizable. The unique “chip” that makes up the robotic goat is in the wheels, which are attached to the limbs

The robot can squat on the ground, which is more or less flat, and then use wheels to move at a faster speed. In addition, it’s capable of carrying a weight that is not more than 100kg and can even carry individuals! The program’s creators have employed two algorithms in the robot goat control program. One of which is entirely dependent on the operator, and the other has a predefined route that the robot follows. 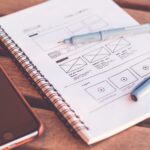 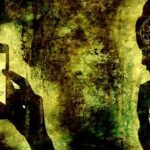 Penaut robot assists a group of people in quarantine at a Hangzhou hotel The Penaut robot , from the Keenon company , is responsible for bringing food to isolated patients […]

Researchers from the Italian Institute of Technology conducted an experiment in which participants communicated with the anthropomorphic robot iCub. People tend to attribute robots’ ability to make free decisions if […]

DogBot Robots in the Construction Industry

Today, the media often writes about four-legged robots. It is reported what new features and capabilities they received and how close to their prototypes. But one question always remained unanswered […]