The best use of Code Obfuscation

Developers didn’t have to worry about networks in the early days of computing. They could just concentrate on making sure their program did what it was supposed to do and didn’t crash too frequently.

And the average person who came into contact with the software posed little danger. Most consumers wouldn’t bother reading the user manuals that came with the software, much less analyzing the code for flaws.

Then came the internet, which completely transformed everything.

Computer networks become interconnected almost instantaneously. And as the networks expanded in complexity, so did the chances that someone who didn’t belong there would find their way in.

And, more often than not, such persons would have the abilities to take advantage of flaws in the code.

That brings us to the present day. It’s a moment when cyber-threats are at an all-time high. And reports of cyber-attacks appear to arrive on a daily basis.

As a result, network administrators are increasingly deploying advanced defensive mechanisms to protect their networks from intrusions. They now expect software developers to go above and beyond to protect their code from illegal access.

Despite this, coding schools still do not emphasize the hardening of computer code. However, it is quickly becoming a must in modern application development.

To aid with that, I’ll explain what code obfuscation is in this essay. I’ll also offer you an overview of the six most important code obfuscation techniques in use today to get you started on the road to better secure software development.

What is the definition of code obfuscation?

Code obfuscation is a term that refers to a set of programming techniques that are used to hide parts of a program’s code. It’s the most effective approach for programmers to protect their work from unauthorized access or modification by hackers or intellectual property thieves.

Finally, code obfuscation techniques may change the structure and methods by which a program operates, but they never change the program’s output.

The problem is that many code obfuscation techniques add to the overhead of a program and lengthen its execution time.

As a result, knowing which strategies are mostly penalty-free and which can cause performance concerns is crucial. It’s possible to balance protection with performance in a real-world application if you know the costs.

The six most often used code obfuscation techniques are listed below.

1. Get Rid of Extraneous Information
The first code hardening strategy that should be used in every circumstance is to remove everything unnecessary from your code.

This will simplify your codebase and decrease the attack surface you must protect.

This entails getting rid of unnecessary functions, debugging data, and as much metadata as feasible. In other words, everything that could provide an attacker with a road map to a vulnerability.

2. Change the Data
The next step is to alter the data that your code processes in such a way that it is no longer recognizable.

Replace values with expressions, change the format of the data storage you employ, or even employ binary versions of your code’s numbers all add to the complexity. And that complexity will make it tough for someone attempting to reverse-engineer your code to extract anything meaningful.

String encryption, for example, can be used to make plain text strings in your code unreadable. Simple base64 encoding can be used to encrypt strings, resulting in the following code:

Although an experienced programmer can easily figure out what’s going on here, dealing with several strings is time-consuming and annoying.

Data transformations are an excellent initial line of defense when paired with other code obfuscation techniques.

3. Use Order Obfuscation in the Process
One of the most difficult aspects of obfuscating code is ensuring that it continues to function as intended once you’ve finished.

However, there’s no rule that says you have to run your code in a specific order. You can still get the proper result if you change the order of operations in your code, but it will be much more difficult for a third party to comprehend what your code is doing.

The only caveat is that you must be careful not to build too many useless loops and dead ends, as this will slow down the execution speed of your code.

Take a look at the following code, which calculates the total and average of 100 values as an example:

It’s easy to hide what the code is doing by using a conditional variable. This is because analyzing the function would necessitate knowing what is being fed into it in the first place.

The conditional variable ‘random’ in the following snippet provides a more complex code structure that is significantly more difficult to decipher:

4. Experiment with Debug Obfuscation
Examining your code’s debug information can sometimes reveal a wealth of information about your code to a determined attacker.

In other situations, they may discover the keys to deciphering some of your other obfuscation measures.

As a result, it’s a good idea to limit access to debugging information whenever possible. When that isn’t an option, it’s critical to hide any identifiable information in the debugging report.

5. Make use of address randomized addresses
Memory handling mistakes have been the most common software vulnerabilities exploited by hackers for nearly three decades, despite the fact that every coder is aware of the problem.

It isn’t simply among newbies who have this problem. Memory problems account for over 70% of the vulnerabilities in Google’s Chrome web browser.

The truth is that preventing all memory programming problems is nearly difficult, especially when utilizing languages like C and C++. However, you can aid by including certain memory randomization features in your code.

If your code and data’s virtual addresses are provided random values during execution, finding and exploiting any unpatched vulnerabilities becomes far more difficult.

It also has another advantage. It makes it difficult, if not impossible, to duplicate even a successful hack of your code. That alone reduces the chances of an attacker wasting their time attempting to compromise your software.

6. Rotate the code that has been obfuscated.
As effective as the measures listed above are at frustrating attackers, they are far from flawless. Even if you have adequate time and abilities, you will be able to defeat them. However, this brings us to one of the most important obfuscation tactics.

Because all obfuscation strategies seek to make an attacker’s task more complicated, anything you can do to send them back to square one is a great defensive strategy. So, to keep your code safe, take advantage of the internet.

You can send out frequent updates that change the nature and specificity of your obfuscation strategies. Every time you do, all of the time and effort someone may have put into cracking your software is wasted.

It won’t be worth it for anyone to try to keep up an analysis long enough to succeed if you swap your obfuscation strategies frequently enough.

Obscurity as a kind of security
The bottom issue here is that ‘unhackable’ code does not exist. There will always be a vulnerability somewhere, no matter how hard a coder tries. But that’s not to say you shouldn’t keep trying.

However, in the real world, your code does not need to be flawless. It simply has to be difficult enough to crack that no one in their right mind would even attempt it. And for those who aren’t rational, it just has to be complicated and time-consuming enough to keep them away.

That’s exactly what the six strategies listed above can help you with. But keep in mind that no defense is free. When adopting these choices, make sure to balance the potential execution time penalties with the benefits they give.

Throwing every potential curveball might be worth it if you’re working on something very sensitive. If you’re writing a quote of the day generator, though, you may not need to be as concerned.

But, regardless of how you go about it, don’t forget to harden your code in some way. In a world where cybersecurity risks lurk around every turn, it’s the only way to go. 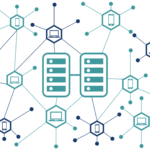 Previous Article What is blockchain and why does it matter? 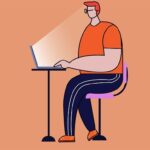 What exactly is ITAD

It’s a good bet that technology plays a significant role in your place of business, no matter what industry you’re in. You can’t stay on top of your field without […]

What is an IP address?

What is IoT and How Does it Work

The Internet of Things (IoT) is nothing but an electronic virtual interconnection network between devices, people, and also the Internet itself, which permits the exchange of data between these, allowing […]